RonCycle1 – the journey of a melody 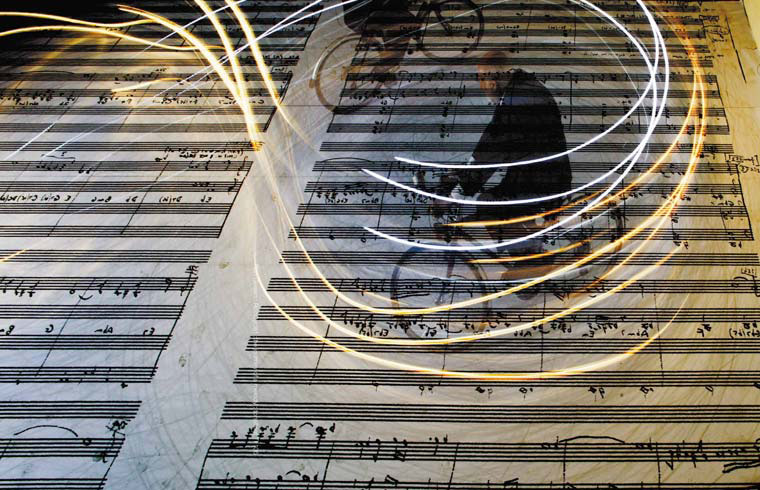 Yes, I went and did it! RonCycle1 - the journey of a melody was finally mixed at Mark Ayres' Studio  in the Summer of 2010 and is out on Tonefloat  in CD and LP (+CD) forms.

Since it is a continuous work in 16 sections, I was not going to artificially split it for vinyl, but there was a natural silence that fell just right, so you've got it. I can do no better than give you the Notes in full. Get it from HEADSCOPE now.

This monster from the deep was started in 1986 as “Whatever You Fancy Next”, its closest ancestor being the 1976 album “Right Through”. As the idea took more shape, I changed the working title to the factual “Journey Of A Melody” in 1999. After the final mix in July 2010, I made a further list of 15 titles and then settled on a 16th, “RonCycle1” – because there are enough meanings in the Oxford English Dictionary for the work to qualify as a cycle, and it is the first in an intended trilogy, the second being “Journey Of A Rhythm”. The reason that it has all taken so long is that, as it grew, it frightened me so much that I had to walk away for long periods. I am sure that it did not take up more than 3 years of solid working time. 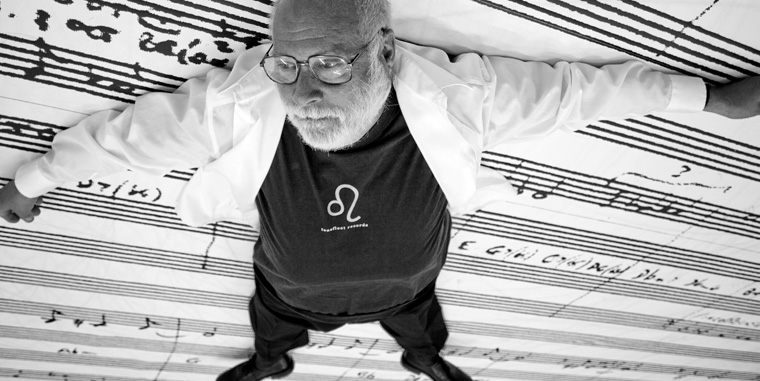 The first 5 minutes was recorded onto 2” 16-track tape, mainly using the now-classic Fairlight Music Computer but playing and recording other real sounds in the studio. The physical tape was one of those that became sticky after far too short a time: “someone” invented a new formula. The only cure was, and still is, to bake at a very controlled temperature, so I did that in 1999. All tracks were then transferred to digital using ProTools in a Mac G3 computer. No other work was done on magnetic tape. Better Emu samples supplemented those from the Fairlight and the whole shape of the work was formed in the Logic programme. A Mac G4 and internal computer sampling was added by 2004. By this stage, the whole digi-structure was becoming overwhelmingly complicated. I was close to going fishing in Britanny when I discovered Mark Ayres in 2008 and his methodical astuteness convinced me that I could finish the work because he could drive it home. All I had to do after finishing the composition was to get everything into a format for his studio system.

The overall plan, or sequence of events, was scribbled in words on a roll of paper, but not further than a few sections beyond the score. As this caught up, a bit more planning was done. I would also have Edgar Allan Poe’s “The Philosophy of Composition” in mind and sometimes work backwards from a landmark event. Working from the short score, I found or freshly constructed suitably toned and textured sounds as I went. Some parts were scored completely (eg. 5) while some others were written as top line and chords only (eg. 6), expanded into fast sequences direct in the computer, and others were built wholly in the computer (eg. 10).

Don’t read this if you want to make up your own story.

Here ‘Melody’ means ‘melodic line’, one of the two accepted, or universally identified, elements in music – the other is rhythm. Ideas or models for melodic lines can come from anywhere, from the tuning of a piano in this case. Extra notes are filled in to create a sequence, out from under which climbs a twisted monster melody whose notes are all derived from the sequence (1). Even at this gestatory stage there are interruptions. It settles down (2) and tries its legs along an open road but soon meets opposition in the form of an antagonistic voice (3). This might be asking, “Where are you going?” or “What are you doing to me?” Neither questions do much good in this abstract sound medium, so the frazzled melody breaks through some kind of partition, maybe of wire netting, and really settles into a glide out in the open with its feet just slightly off the ground (4a). Becoming rather precocious, it glides over a cliff (4b) and floats down into exotic undergrowth, through which it then moves with some difficulty (5), clawing its way through cobwebs and creepers, into and out of sunlit areas, up to some kind of huge building or cave housing very unfamiliar and misshapen creatures, some of whom may be mining or trying to escape (6). The melody has got fairly fluent and mature by this time. It climbs or slides up a slope into a hall of weathercasters, all pronouncing solemn judgements and predictions about that Great British transfixation (7). The melody is induced into an even more solemn state and circles the commentators. Underground becomes overground as we hover in a disorienting wispy mist (8). Suddenly, we encounter an enormous blackbird that has been practising the melody and are so distracted that we fall into a cellar where a jazz combo is being led by a talking saxophone (9). This cellar is in fact the foyer of the BBC’s Broadcasting House in the form of a very dusty valve radio (10). Presenters emerge from the valves to comment on the composition that has dared to invade their hallowed space. The melody turns upon them and encourages them to sing along (11). This new ensemble is temporarily moved to form a new group, but arguments between it and the melody soon grow (12). Exhausted by this activity, they all sit down, or fall over, and an Eastern European ethnic musician seizes the opportunity to entertain (13). Having rested and gathered new energy, the melody joins in, gathering up elements from its colourful journey (14). The flame is lit, and situations and characters from the journey turn up, join up and romp forward, or back, to home (15). That place is reached, but I have not closed the toilet door and am discovered still practising how to start! (16)

Extra for the LP sleeve

All the visuals here are a result of my playing the final work to my most long-standing friend, artist Bruce McLean, and then finally settling on the title. He fired up on connecting ‘cycle’ with the score.

Subconsciously, he may also have picked up on the fact that when I was still living at home in Bothwell, Lanarkshire, Scotland, aged about 16, and was becoming increasingly at odds with my parents, I would get my bicycle out and cycle round the south-west outskirts of Glasgow to meet Bruce under a railway bridge near his home at Clarkston. There we would rant and rave about our rather claustrophobic middle-class penitentiaries, the bridge-arch resounding my shouts a bit louder than his. Constructively, we planned numerous artistic assaults on The World – and are still at it.