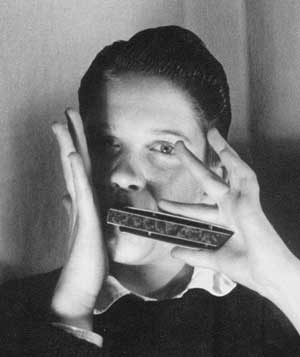 I was never particularly musical as a child but tended towards the solitary pursuits of stamps, moths, butterflies and girls. After shocking myself clawing up a pebbledash wall to catch sight of 3 naked girl-cousins changing clothes in my own bedroom, I turned to blowing harder on the mouthorgan and venting nervous energy on the banjo.

Actually, my first musical influences turned out to be awful. At the age of 10, I idolised mouthorgan virtuoso Larry Adler and was allowed to stay up late to watch him on TV. I suppose 'watch' is about right since his hands fluttered like moths' wings and his forehead indicated an imminent cranial blowout!

Anyway, I was blowing, man - but after being jolted from the regular breath of sleep to huff and puff a bit of Bach across a smoked and fumed sitting room for some dinner guests of my parents, I never recovered.

The classical LP in the house held sequined excerpts by that Queen of the piano, Liberace. To purge this, I had a 78 of Bach's Toccata and Fugue in D minor by the organist Fernando Germani. Side 1 stopped in the middle of a light single-line passage and one had to attempt continuity by flicking the disc over quickly. Now, every time I hear that popular work, I expect it to pause in that awkward place. 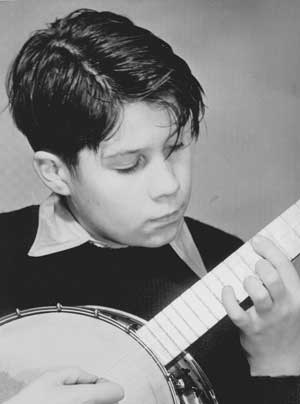 In sound, first impressions tend to stick. Probably as a deep counter to all that polite Scottish-middle-class posturing, I took up the banjo and spent more time sitting on the toilet learning it than I did studying for my 'highers'(school exams). Toilet acoustics were beneficial too.

The banjo led me deeper into its origin via 'trad' jazz. I discovered jugband music . In parallel with my current theory that the 19th Century Afro-American could laugh at his 'boss' through banjo music, he could fart at him through the jug - usually a 2 to 5 gallon stone jar with a narrow neck into which was blown a 'raspberry', sometimes in tune.

So, at 16, I was a one-man jugband with kazoo and mouthorgan in a neck sling, jug on a stand and banjo in both hands, laughing and farting at my environment.

Piano? My two sisters took piano lessons - a bit like a disease really. Every time I entered the room when they were practising, they stopped. So I started - playing the blues with three fingers on each hand. 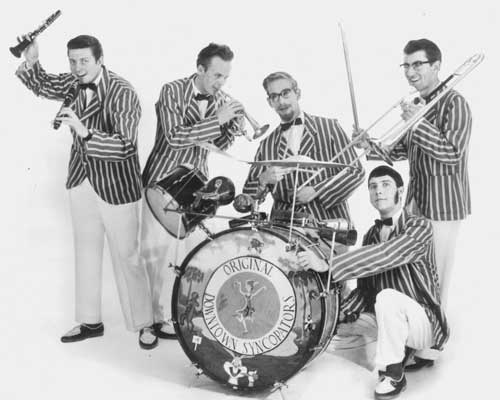 Before a year was up I had stretched to a total of nine, met the Original Downtown Syncopators at a gig in Glasgow and joined them six days later - professionally - thereby setting a model for my later definition, 'PROFESSIONAL: one who is paid by the public to continually practise on it.'

Having thrown myself in and held down by having to play the 2nd half of that first night at the Public Hall, Preston, I progressed in bleeps and wounds.  Even now, the fifth finger on my right hand creeps out only when everything's quiet around.

The next instrument I added to my one-man band was the tape recorder. At 21, I didn't actually swop a horn gramophone for one but it was nearly like that. Now I could make vast vistas of organised noise - and did. 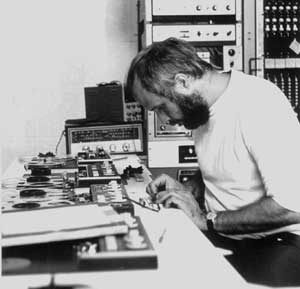 In 1981, helped by royalties from Atom Heart Mother and hours of TV music for Schools' maths and science programmes, I afforded a Fairlight II music computer.  This further extended my palette of possibilities.

An E-mu Emax and an early Mac were soon embraced in 1986. I was a confirmed E-mu man for a long time and continue with Macs - brand loyalty - but don't really care a great deal what the gadget is, so long as I can get something out of it.

There's a problem now: I really need a permanent assistant to read the LogicAudio manual, just to tell me what to do. It's more than 'drowning in software' - we are now a mere digit in the word! I'm glad one of mine still curls up a bit.